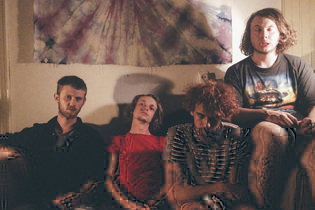 Creepy Karpis are a band as raw as you expect from our Dutch garage scene, going strong at the moment [erhmm, Iguana Death Cult anyone..]. These guys are coming up right now, playing already with the best garage bands of Europe at stages all over the country. Born in the city of Zwolle, but fondly attached to sweaty basements in Groningen, Creepy Karpis play their reverberated riffs with attitude as one could expect from the north of Holland.

Sold yet? Give it a try on your boombox. Or stream digital if that's your thing. CHARLIE DON'T SURF