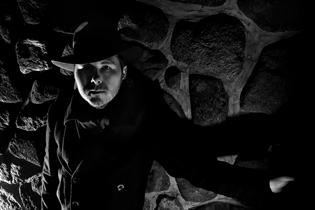 Vision Eternel is a Canadian-American melogaze band whose musical creations focus on emotion, heartbreak and love.

Melogaze, coined by founder Alexander Julien, has been described as a blend of ambient, space rock, shoegaze, post-rock, emo and melodrama.

The band was founded in January of 2007 in Edison, New Jersey, United States; and is currently based in Montreal, Canada.