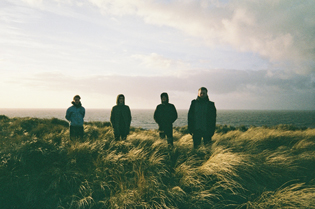 What are the dreams of a youth that never makes time to rest? For Yung frontman Mikkel Holm Silkjær, a Danish DIY figurehead who has left a catalogue of cassettes and self-produced songs in his wake, the goal seemed to be recording, and living, as fast as possible. Since he began to record music as a teenager (his father put him behind a drum set when he was 4), slow hasn't been his preferred speed. Writing and performing songs filled with gritty guitar and driving rhythms that snap like a live wire, he's been busy channelling the electric drive of youth, creating brief, flashing sonic portraits of his life in Aarhus, the country's gritty, industrial second city.